Countdown to YALC: The Art of Being Normal by Lisa Williamson 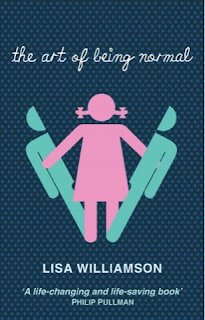 In this awesome YA book, Lisa Williamson encourages her readers to consider what is normal? This is a particularly significant question for the intended audience - teenagers - where the pressure to conform in one way or another is huge. Whether it's conforming to your parents' ideals and expectations, fitting in at school or following the fashions of whichever social sub-culture you and your friends belong to, even the unconventional kids have their own conventions to adhere to.

So what is normal? The title of this book suggests a certain level of performance - being normal is an 'art' - which I thought was really interesting, as lots of theorists suggest that gender norms are just social constructs that we put on and play the part. The idea of social and gender norms is developed on the cover of the book where the traditional male and female icons (typically seen on the doors of public toilets around the world) are used to depict a girl breaking out of her masculine mould.

A haunting YA thriller you won't be able to put down, White Lies is a boarding school story - with a shockingly dark twist.

For Abigail, a new school could be the fresh start she so desperately needs. With her parents in the army and her sister Beth too far away to run to, she knows this year needs to be different. She's never been part of the cool crowd and for the first time Abby wants to fit in. And all it takes is just one little white lie…because some truths are too painful to share.

But at Cotswold Community College, Abby isn't the only one with a past she'd rather forget. And when she stumbles across a closely-guarded secret, Abigail realises that her one little white lie could reveal everything she’s worked so hard to hide…

Email ThisBlogThis!Share to TwitterShare to FacebookShare to Pinterest
Labels: Blog tour, Suspense, YA


To celebrate her third novel, In Darkling Wood, being published, The lovely Emma Carroll paid a visit to our school to talk to Year 7 about her journey to becoming a professional writer, her writing process and of course to read some tempting extracts from the book itself.

As a child, every summer holiday Emma would buy a notebook and fill it with stories (usually about ponies or Duran Duran fan fic!). This ritual has continued into her professional writing career: each new novel begins in a newly purchased notebook and is usually written straight through from start to finish. Having completed an MA in Writing for Young People, Emma clearly knows her stuff about the different ways that authors work; for example she told us how Hilary Mantel prefers to write the key scenes from her stories and then goes through the process of ‘sewing’ them together to create her narratives.

Emma then shared with the students, three top tips for generating ideas for stories:
Read more »
Posted by Unknown at 7:52 am No comments:

Blog Tour: Under My Skin by Zoë Markham

What’s it all about?

Chloe was once a normal girl. Until the night of the car crash that nearly claimed her life. Now Chloe’s mother is dead, her father is a shell of the man he used to be and the secrets that had so carefully kept their family together are falling apart.

A new start is all Chloe and her father can hope for, but when you think you’re no longer human how can you ever start pretending?

A contemporary reworking of a British horror classic, Under My Skin follows seventeen-year-old Chloe into an isolated world of darkness and pain, as she struggles to understand what it really means to be alive.

Set against the familiar backdrop of everyday, normal teenage worries, Chloe's world has become anything but... 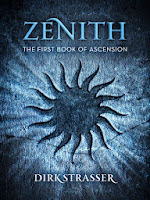 Imagine...
A mountain so great it takes a year to travel from base to summit
A sun so powerful it drives you into madness if you look at it
An ascent so vital it determines the fate of the world
A summit so precious it holds the key to the divine
Read more »
Posted by Unknown at 5:02 am No comments:

The Crimson Ribbon by Katherine Clements 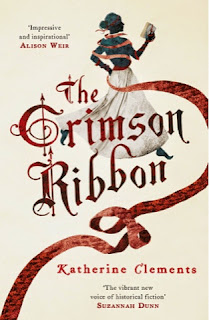 I am very excited to be taking part in my first ever blog tour, and even more so that it is for such a good book! Based on the real figure of the fascinating Elizabeth Poole, The Crimson Ribbon is the

May Day 1646: Ruth Flowers finds herself suddenly, brutally, alone. Forced to flee the household of Oliver Cromwell, the only home she has ever known, Ruth takes the road to London, and there is given refuge by Lizzie Poole.

Beautiful and charismatic, Lizzie enthrals the vulnerable Ruth, who binds herself inextricably to her world. But Ruth is still haunted by fears of her past catching up with her. And as Lizzie’s radical ideas escalate, Ruth finds herself carried to the heart of the country’s conflict, to the trial of a king.
Read more »
Posted by Unknown at 9:00 am No comments:

The Road Between Us by Nigel Farndale 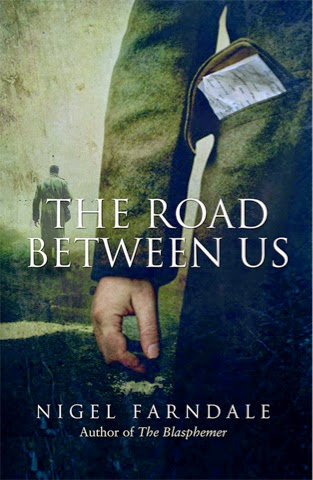 This book is a wonderful example of storytelling, and despite it's often dark content, is a playful piece of narrative. The reader has to navigate between two timelines, the first being that of Charles Northcote and his lover Anselm. The year is 1939; Charles is an officer in the RAF, Anselm, a German Art student and their love is forbidden by the laws and social values of the time. As we are thrown into the midst of their relationship in a Piccadilly hotel room, I thought it seemed more like a casual fling, but once they have been separated and Anselm deported to a brutal Nazi re-education  camp, Charles dedicates every thought and action to finding and rescuing Anselm.

The second begins in April 2012, when a British diplomat, Edward Northcote, is unexpectedly released after having been held hostage in an Afghan cave for the previous eleven years.  He returns to London to find his young daughter is now an adult woman, and his beloved Danish wife has died after falling from a cliff, unsure if it was accidental or not. Straight away, I was intrigued to discover the connection between this dual narrative of the Northcote family.